The Biomat® is an FDA approved medical device that converts electricity into Far Infrared Rays (FIR), nature’s invisible light. FIR was discovered by NASA to be the safest, most beneficial light wave and, it has the ability to penetrate 6-8 inches into the innermost recesses of the body, reducing stress and fatigue. 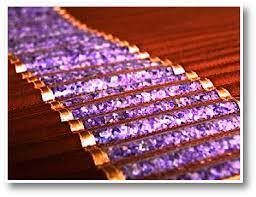 The deep penetrating power of Far Infrared Rays stimulates every system of the body from the inside out. As Infrared is radiated into the body, it resonates with the frequencies of organic molecules and cells causing them to vibrate, heat up and expand. In turn, blood vessels, capillaries, nerve endings and organelles expand, making the body feel fully charged and energized in just the same way a bell struck at regular intervals vibrates and moves faster and faster. This causes a net increase in metabolism helping cells to divide faster, nervous signals to move faster and healing to occur at a much accelerated rate.

For more information on the efficacy of FIR, click here to read an article published by the NIH (National Institutes of Health) titled Far-infrared therapy for cardiovascular, autoimmune, and other chronic health problems: A systemic review.

The Negative Ions stimulate all of the cell membranes of the body causing their ion channels to become active. This helps to alkalize all cells by removing cellular waste and toxins. Negative Ions also convert cells from “Fight or Flight” (Stress) mode, to Reproductive, Normal Functioning (Happy) Mode causing a sense of Deep Relaxation in the mind and body. Just as negative ions clean our air, they also clean out our cells. 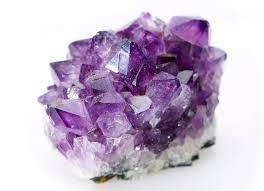 Amethyst Crystals have been known to deliver both infrared and negative ions naturally. In this case the Amethyst crystal is not only used to focus the FIR energy of the Biomat but also helps to calm and protect the mind and nervous system. These therapeutic components of the Biomat work to remove blockages creating better communication between the brain, the autonomic and sympathetic nervous systems and all organs of the body to balance and stabilize the bodies systems and strengthen the body’s own self-healing power.

Some of the benefits of Biomat® Therapy:

Ways to enjoy the benefits of the Biomat® at Life.Breath.Love. Therapeutic Massage